This page is a copy from the 2015-5 page, it needs to be updated to be correct for december 2015, please help doing that and once done remove this note

FFmpeg is the universal multimedia toolkit: a complete, cross-platform solution to record, convert, filter and stream audio and video. It is used by a number of media players (including VLC, MPlayer, and Totem through GStreamer), video distribution websites (including YouTube and Vimeo), Internet browsers (including Google Chrome/Chromium), and lots of other software projects in the multi-media field and beyond.

​Outreachy is a program that helps underrepresented people to get involved in free and open source software. Through the guidance of mentors, interns gain valuable experience interacting with and coding for open source projects like FFmpeg. Additionally, the project and its users benefit from code created from applicants who often continue contributing as developers.

Please also see our Google Summer of Code Page for ideas, they are all also eligible and not duplicated here

Note: A friendly reminder that while the application to Outreachy is important for you and Outreachy, FFmpeg mentors will not base their decision solely on the Outreachy application. We will judge the applicant based on their abilities in coding, learning the tools, communication skills etc. So please do not worry about your application being perfect for us. Although it is very important to follow Outreachy's application rules so they can pay you.

In order to get accepted you normally have to complete a small qualification task. FFmpeg development can be quite challenging and the qualification task helps us figure out whether you are motivated enough and have the potential to deliver successfully.

The qualification tasks are usually shown in the project description. Contact the respective mentor(s) for assistance on getting a related qualification task or if you want to propose your own. You can also browse the ​FFmpeg Bug Tracker for qualification task ideas. In general qualification tasks should include submitting a patch to the ffmpeg-devel mailing list which passes review and is accepted into the FFmpeg codebase. It will be common for such patches to need multiple iterations of submissions and reviews, so dont wait too long with the first submission!

You may also contact a mentor directly if you have questions specifically related to one of the projects listed on this page.

This section lists well-defined projects that have one or more available mentors. If you are new to FFmpeg, and have relatively little experience with multimedia, you should favor a mentored project rather than propose your own. Contact the respective mentor(s) to get more information about the project and the requested qualification task.

Description: Set up virtualboxes with various OSs inside them as well as various qemu based non x86 clients, which run our FATE testset and submit results to fate.ffmpeg.org

Qualification Task: create one or 2 working images with fate clients inside them for platforms not yet listed on ​http://fate.ffmpeg.org

Description: Many of our decoders and demuxers are tested but some are not and many are tested incompletely. The goal of the task would be to find small multimedia files which improve this test coverage and add them to the fate tests. Also encoding / muxing / filtering tests can be added to improve coverage

Prerequisites: Good knowledge of the Makefile syntax as its used in our fate tests.

Description: FFv1 is one of the most efficient intra-only lossless video codecs. Your work will be to add support for P frames with motion compensation and motion estimation support (the existing motion estimation code in libavcodec can be reused here). Then fine-tune it until the best compression rate is achieved. This will make FFv1 competitive with existing I+P frame lossless codecs like lossless H.264.

Expected results: State of the art P frame support in the FFv1 encoder and decoder implementation.

Qualification Task: Improve the compression of the existing FFV1 Intra frames, you can change any part of the algorithm but it must be practical, the more improvement you can achieve, the better

Expected results: Build a suite of tests for API users, including advanced options such as draw_horiz_band

Qualification Task: Write a test for a libavcodec decoder using the API 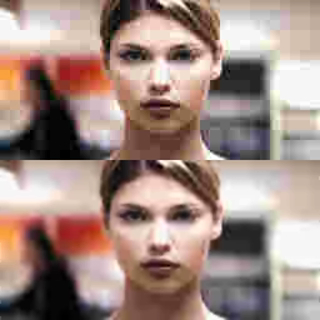 Description: FFmpeg contains libpostproc, which is used to postprocess 8x8 DCT-MC based video and images (jpeg, mpeg-1/2/4, H.263 among others). Postprocessing removes blocking (and other) artifacts from low bitrate / low quality images and videos. The code though has been written a long time ago and its SIMD optimizations need to be updated to what modern CPUs support (AVX2 and SSE2+).

Qualification Task: convert 1 or 2 MMX2 functions to SSE2 and AVX2. 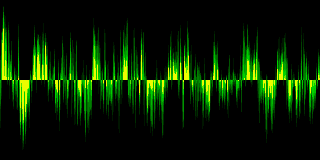 Description: A MPEG-4 ALS decoder was implemented several years ago but an encoder is still missing in the official codebase. A rudimentary encoder has already been written and is available on ​github. For this project, that encoder is first to be updated to fit into the current codebase of FFmpeg and to be tested for conformance using the ​reference codec and specifications. Second, the encoder is to be brought through the usual reviewing process to hit the codebase at the end of the project.

Prerequisites: C coding skills, basic familiarity with git. A certain interest in audio coding and/or knowledge about the FFmpeg codebase could be beneficial. 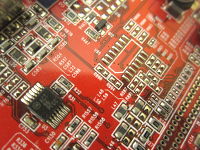 Description: Our support for hardware accelerated decoding basically remains untested. This is in part due to FFmpeg only implementing part of the required steps, and in part since it requires specific operating systems and hardware.

The idea would be to start with a simple stub implementation of an API like e.g. VDPAU that provides only the most core functions. These would then serialize out the function calls and data to allow easy comparison and regression testing. Improvements to this approach are adding basic input validation and replay capability to allow testing regression data against real hardware. This would be similar to what ​apitrace does for OpenGL.

A further step would be to actually add support for decoding in software, so that full testing including visual inspection is possible without the need for special hardware.

Qualification Task: Anything related to the hardware acceleration code, though producing first ideas and code pieces for this task would also be reasonable

Mentor: Reimar Doeffinger (reimar in #ffmpeg-devel on Freenode IRC, but since I'm rarely there better email me first: Reimar.Doeffinger [at] gmx.de)

Essence in MXF is typically stored in one of two ways: as an audio/video interleave or with each stream in one huge chunk (such as 1 GiB audio followed by 10 GiB video). Previous ways of telling these apart have been technically wrong, but worked and we lack samples demonstrating the contrary.

Expected results: The sample in ticket ​ticket #2776 should demux correctly. Add a test case in ​FATE. The solution should grow libavformat by no more than 32 KiB.

Qualification Task: Investigate if there may be a compact way of representing the UL -> WrappingKind mapping specified in the ​official RP224 Excel document. The tables takes up about half a megabyte verbatim which is unacceptable in a library as large as libavformat.

Description: libavformat contains clients for various network protocols used in multimedia streaming: HTTP, RTMP, MMS, RTSP. Your work will be to implement the server side for one or several of these protocols.

The libavformat framework is not designed to build general-purpose server applications with several clients, and nothing similar to the configuration features of real servers like Apache is expected, but libavformat should be able to stream a single predefined bytestream to/from a single client.

Note: server support is already implemented for the receiving side of RTSP.

Qualification Task: proof-of-concept server for one of the protocol, capable of interacting with a particular client in controlled circumstances; or anything network-related, e.g. fixing a ticket in our ​bug tracker.

Description: the ​final draft for the HTTP/2 protocol has been published. It contains various new features that will probably be used to enhance distribution of multimedia contents. Therefore, FFmpeg needs an implementation.

Expected results: HTTP/2 client over TLS and TCP for reading and writing, capable of interacting with stock servers, including using the same connection for simultaneous requests.

Description: FFmpeg currently does not support encoding to TrueHD, one of the lossless audio formats used on Bluray discs. A nearly functional Meridian Lossless Packing (MLP) encoder has already been written and is available on ​github. The MLP codec is the basis for TrueHD. For this project, that encoder is first to be updated to fit into the current codebase of FFmpeg and to be tested for conformance against Surcode's MLP encoder. Second, the encoder is to be updated to implement TrueHD functionality, allowing it to losslessly encode audio to play it on hardware devices capable of TrueHD decoding. Finally, the encoder is to be brought through the usual reviewing process to hit the codebase at the end of the project.

Expected results: a TrueHD encoder that allows to losslessly encode audio to play it on hardware devices capable of TrueHD decoding with a competetive compression rate

Qualification Task: Update the MLP encoder so that it produces a valid bitstream that can be decoded by FFmpeg without errors to silence. Find out how to validate the generated bitstream besides using FFmpeg.

The standard subtitle format used in MP4 containers is 3GPP timed text, as defined in ​3GPP TS 26.245. It is the only subtitle format supported in Apple's media players on OS X and iOS, and the only format that's part of the mpeg4 standard. As such it is important for FFmpeg to support the format as fully as possible. Currently, it supports a limited subset of the format without any rich text formatting or the ability to position text on the screen. For this project, the goal would be to implement complete support for these features and have the implementation fully reviewed and merged into FFmpeg.

Description: FFmpeg contains many selftests, still more code is not tested than tested thus more such tests are needed to ensure regressions and platform specific bugs are quickly detected. Examples of existing self tests can be seen under #ifdef TEST in various files